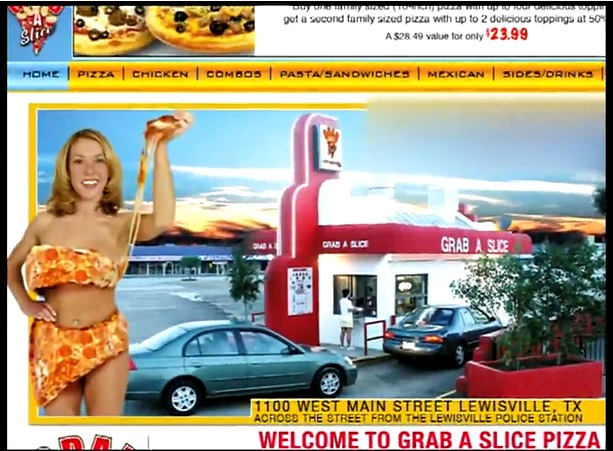 (Chuck Muth) – An avowed anti-sex zealot and Reno lawyer recently filed a federal lawsuit to strike down Nevada’s legal prostitution law on behalf of a woman, now going by the name of Rebekah Charleston, who claims to have been “trafficked” through a pair of Lyon County’s legal brothels.

Problem is, Ms. Charleston, in the lawsuit, didn’t tell everybody her FULL story…which calls into question whether or not she told a TRUE story.

Let’s start with the fact that “Rebekah Charleston” is the name she goes by now. Her real name back in 2006 – when she was busted for money laundering and tax evasion – was “Rebekah Kay Dean, a.k.a., Nicole A. Wilson.”

And for argument’s sake, let’s take her story at face value…because as you’ll see, even if you believe her claims of victimization, her claims to having been “trafficked” in Lyon County’s legal brothels simply hold no water.

In an interview a Ft. Worth Magazine, Charleston/Dean/Wilson says by the time she was 16 she’d become a drug abuser and dropped out of school. Her parents, she claims, then institutionalized her in a private Texas Christian school where she “did manual labor in the fields, cleaned churches and ate old donated food with bugs in them.”

She eventually ran away and moved into a two-bedroom apartment with a half-dozen “low level” drug dealers and started dealing drugs herself.  Around the same time she also began stripping and “sitting on 50-year-old men’s laps accepting shots of Hennessy.”

One night, at the age of 17, “she and her friends were looking for men in a strip club parking lot” when she met the guy she now claims “beat” and “trafficked” her over the next ten years.

“He took me from a street-walking, drug-using, $50-prostitute to a high-class call girl,” Charleston/Dean/Wilson told the magazine.

And while she’s now claiming she was a brainwashed victim of sex trafficking back in Dallas, the public record related to her arrest and conviction paints a very different story; one of a willing, conniving and deceitful accomplice.

On March 9, 2006 a United States federal grand jury issued two indictments against her for bank fraud… 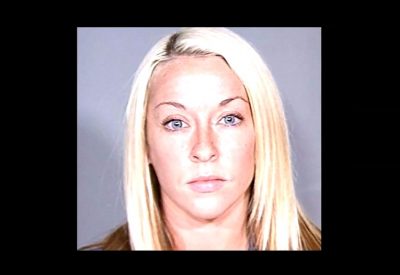 “On or about March 8, 2001, DEAN devised and intended to devise a scheme and artifice to defraud Chase Manhattan Bank to obtain money, funds, and credits owned by or under the control of Chase Manhattan Bank by means of false and fraudulent pretenses, representation or promises.”

Specifically, she opened a checking account using a false Texas driver’s license and false Social Security number under the name of “Nicole A. Wilson” and made deposits and withdrawals that resulted in an overdraft of $5,513.57.

The bank then discovered she had moved, disconnected her phone and had used fake ID to open the account.

On August 29, 2006 the United States Attorney also charged Charleston/Dean/Wilson and another woman, Tina Bennett, with “Conspiracy to commit Tax Evasion.” The details…

“BENNETT and DEAN were employed in the adult entertainment business as exotic dancers and paid escorts. BENNETT and DEAN, either together or separately using their real names or alias’, opened numerous bank accounts to deposit the proceeds of their employment.

“During the calendar year of 2004, BENNETT and DEAN deposited $684,541.71 into these accounts with the intent to share the money between themselves. BENNETT and DEAN thereafter attempted to conceal this income and failed to file tax returns with the IRS.”

Also, according to a CBS11 I-Team report around that time, the Charleston/Dean/Wilson illegal prostitution ring “tried to use at least some of its money to try to go legit with a pizza restaurant” called “Grab a Slice” which used a photo of her provocatively dressed in slices of pepperoni pizza to lure customers.

Charleston/Dean/Wilson was ultimately sentenced to 13 months in the Federal Correctional Institution in Ft. Worth, Texas and appears to have been released on February 20, 2007 after being credited for time served.

After getting out of jail, Charleston/Dean/Wilson says she emailed her alleged trafficker “saying she was going to leave, and he never wrote back.”

However, according to the IRS, Charleston/Dean/Wilson still has almost a quarter-million dollars’ worth of liens against her for unpaid taxes… 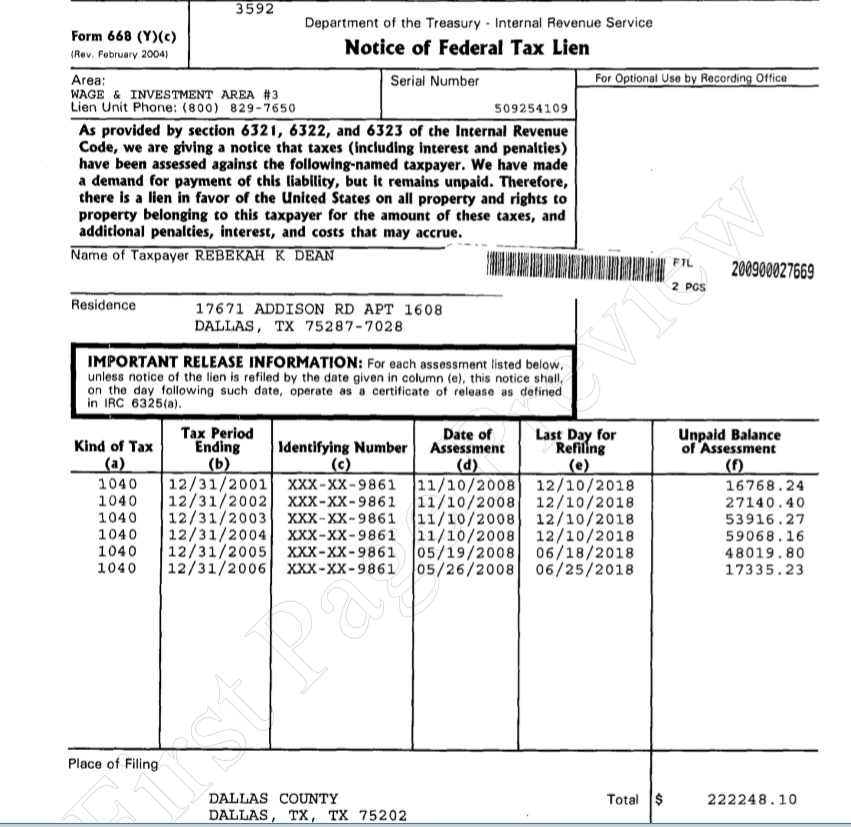 Let’s face it; this is a woman with SERIOUS credibility problems!

No one knows if what Charleston/Dean/Wilson is claiming happened to her during her ten years working as an illegal prostitute in Dallas happened the way she’s claiming it happened now – over a decade later – or not.

All we know is that it did NOT happen in any of Nevada’s LEGAL brothels.

Indeed, all of the abuse and brainwashing she now maintains she suffered took place in Texas roughly between 1997 and 2007. And in all the time after – until 2018 – somehow the claim that her alleged trafficker sent her to work at the Bunny Ranch and Love Ranch brothels in Nevada never came up.

Indeed, I’ve yet to find any references to such a claim until after she hooked up with the “No Little Girl” zealots who were pushing to put a brothel ban on the Lyon County ballot.

In addition, no one associated with the brothels has been able to find any record of Charleston/Dean/Wilson – under her current name or any of her known aliases – ever working in Lyon County and she’s provided absolutely no proof or corroboration that she did.

The fact is, all the bad things that allegedly happened to her happened when she was working illegally as a prostitute in Dallas. It didn’t happen – and doesn’t happen – in Lyon County’s legal brothels.

And as legal workers, there’s no way to evade the IRS.

Now, I love a good “redemption” story as much as the next person. And to the extent that Ms. Charleston/Dean/Wilson has now dedicated her life to helping women and young girls who are TRULY being illegally trafficked…God bless her.

Let’s hope the federal court isn’t conned by and take at face value the claims of this “Grab a Slice” Texas crusader who has such a deep, dark past and history of deception.

Mr. Muth is a consulting adviser to the Nevada Brothel Association