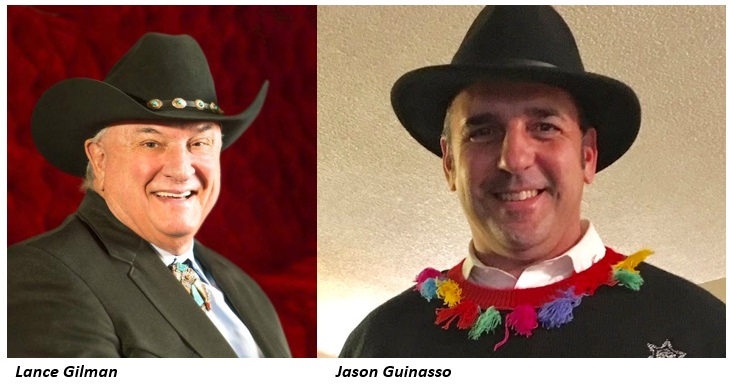 Mr. Bieker took advantage of an open house tour hosted by Jennifer Barnes and Tara Atkins, the operation’s managing madams, in conjunction with the release of a new video, “The Power of Human Touch,” which tells the oft-overlooked aspects of the legal commercial sex industry in the state.

“Adkins and Barnes have worked at Mustang Ranch for almost 20 years, and believe courtesans offer services that go beyond just the act of selling sex,” Bieker wrote.

“Adkins mentioned a mother of an autistic man who brought him from New York to Reno for an appointment.  And a regular who started coming to the ranch after an accident left him paralyzed from the neck down.  Many of these clients aren’t looking for sex, the madams said, and those who are regard the ranch as a judgment-free space.”

Nevada is the only state in the country that allows legal brothels to operate, but only in a handful of rural counties.  Prostitution is still illegal in Washoe and Clark counties, home to Reno and Las Vegas respectively.

Nevada’s brothels are licensed, taxed and heavily regulated by the counties in which they operate.  The women who work independently at the various ranches are required to undergo an FBI background check, obtain a work card from the local sheriff and pass regular medical tests to protect them and their clientele from sexually transmitted diseases.

There has never been a single case of AIDS/HIV traced back to a legal Nevada brothel.

“The idea that they are providing some sort of a therapeutic service like a massage or something, it’s just that PR firm trying to put, you know, lipstick on a pig, essentially,” Jason Guinasso, a creepy Reno lawyer who has labored unsuccessfully for years to shut the industry down, told Bieker.

Guinasso maintains “that the correlation between the legal sex industry in our state and illegal sex trafficking are inextricably linked.”

Absurd.  That’s like saying the correlation between legal drug stores (e.g., CVS and Walgreens) in our state and illegal drug trafficking are inextricably linked.

But to give you an even better idea of just how deranged the “thinking” of this guy and his disciples is, get this…

On Thursday Guinasso tweeted out a link to a “Dirty Dozen” website naming Nevada as a “major contributor to sexual exploitation” because of our legal brothels – despite the fact that every woman who works in one does so of their own free will.

It’s not just the vermin who are actually involved in illegal sex trafficking; it’s the average voter – many of whom are churchgoers, by the way – who are guilty of sexual exploitation simply for voting to live and let live when it comes to Nevada’s legal and safe brothels.

Lance Gilman, owner of the Mustang Ranch, “believes brothels are an easy target for anti-trafficking campaigns,” but points out that “the real threats come from unlicensed establishments where the connection to the sex trade is already implied.”

“For example,” Gilman told Bieker, “it’s rampant in the massage industry” where “there’s no oversight” and “no work cards.”

“And the other thing that happens,” he continued, “is so much of the trafficking takes place, like, for example, in Las Vegas and the hotels. The criminal element has found a way to make an incredible amount of off-tax money by operating at something that’s so much in demand.”

Exactly.  Nevada’s high rate of sex trafficking is fueled almost entirely by Las Vegas – where legal brothels are PROHIBITED and the nearest legal brothel is an hour-and-a-half drive away.

Indeed, it’s the ABSENCE of legal brothels in Clark County that fuels the illegal market there, not the legal brothels in neighboring Nye County.  In fact, illegal prostitution is practically non-existent in counties where brothels are legally operating.

Gilman favors regulating prostitution “just like gaming” to protect both the women who work in the industry and the public.

“It should happen within four walls, with strong oversight and administration by the government, so that the right people get involved and the right controls are involved,” Gilman argues.  “(None of the women are) going to be hurt on our watch. That doesn’t happen in the outside world. They’re vulnerable.”

In Lance Gilman’s world, the women who work voluntarily in the legal commercial sex industry are safe.

In Jason Guinasso’s world, women working in the illegal commercial sex industry, including minors, are often in it against their will, abused, physically assaulted and even killed.

In an intellectual battle royale between Gilman and Guinasso on this issue, the Mustang Ranch business owner would crush the creepy Reno lawyer any day ending in “y.”

Alas, we’ll never get to see it.

Guinasso is a “keyboard warrior” who does all his “fighting” on social media and in paper lawsuits.  If he ever DID “man up” and agree to debate Gilman one-on-one/face-to-face on this issue, he’d have to be outfitted with a pair of Depends under his mom jeans.

Boy, would I ever pay good money to see THAT!

Mr. Muth is president of Citizen Outreach, a limited-government grassroots advocacy organization, and government affairs counsel to the Nevada Brothel Association.  His views are his own.