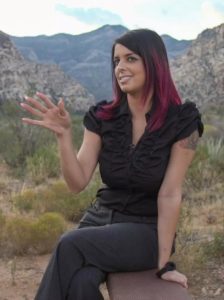 (Christina Parreira) – In a recent column published by the Vancouver Sun, Paul Paterson and Andrew Davidson take feminists who “leave no room for compromise” on the issue of legalizing sex work to the proverbial woodshed.

In particular, the columnists criticize “just how cynical, divisive and meanspirited radical feminism has become,” singling out Meghan Murphy, editor of the Feminist Current blog which boasts of providing a “unique perspective on male violence against women.”

The authors note that Ms. Murphy views prostitution – both legal and illegal – as “patriarchal oppression” in which women, even those willingly engaged in the practice, are exploited to “suit men’s fantasies.”

“If what radical feminists claim is true about prostitution – that it is inherently abusive, oppressive and exploitive – the abolitionist cause surely would garner widespread support.  But times have changed, and it’s the anti-prostitution activists who now find themselves swimming against the current.”

The authors note the Ms. Murphy herself “acknowledges two major shifts in attitudes toward sex work” that indicate she and her anti-prostitution activists are on the wrong side of history…

“First, third-wave feminists have played a ‘foundational role in advocating for the legalization of prostitution.’  Second, the left in North America has ‘almost wholly taken a pro-prostitution stance.’

As such, they are increasingly finding themselves the odd (wo)man…

“One of radical feminism’s ultimate goals – criminalizing the demand side of sexual services – remains frustrated by the fact that progressives have joined forces in support of decriminalization.  Rational individuals would view this as an opportunity to question their own self-evident positions.  Alas, Murphy is not among them.”

In addition, progressives on the left were joined this year in a major and public way by live-and-let-live libertarians on the right in support of decriminalization.

At their 2018 national convention in New Orleans, the Libertarian Party adopted a platform that, as Reason Magazine put it, takes a stand “unequivocally for sex-worker rights and in opposition to cops caging people for consensual sex.”

Unfortunately, as Paterson and Davidson point out, Ms. Murphy and her adherents consider “those who advocate to legalize prostitution” as traitors to the empowerment-of-women cause…

“When it comes to sex work, radical feminists leave no room for political compromise.  Instead, they adopt a brand of principled moralism that is dictatorial, punitive and judgmental.  Prostitution is viewed through the singular lens: male violence against women.  Women are victims; men are victimizers.  Case closed.”

But the case is decidedly not closed.

As a former legal sex worker in Nevada’s legal brothels, I can assure you I was never a “victim” and my clients were never “victimizers.”  We were consenting adults.  A willing buyer and a willing seller.  It was MY choice.  And it was their choice.

It’s bad enough that many social conservatives continue to stigmatize consenting sex work between adults on moralistic and religious grounds and falsely claim “victimization” and “oppression” of women.

Self-proclaimed feminists such as Ms. Murphy should know better.

Real women – strong, independent women – are perfectly capable of making such decisions ourselves.  To deny that is to perpetuate the myth that women are helpless and incapable of making our own life choices.

That’s about as anti-feminist as you can get.

Christina Parreira, M.A., is a PhD student in the Department of Sociology at the University of Nevada, Las Vegas. In addition to being an instructor and researcher, she is a proud legal courtesan and an Ambassador for the Nevada Brothel Association.